Dating is hard, as we all know. The single life isn’t easy, and no one wants to be alone. But many men just like you make a lot of dating mistakes that ultimately lead to unhappiness or sleeping alone.

The worst part is that most of you don’t even realize when you are breaking some of the major dating rules. Even worse is when you think you are doing the right thing and believe that you are coming across as cool or sexy when, in fact, you are turning off every woman within a 20-mile radius.

So what can you do about that?

I feel your pain and your anguish, and I have put together a handy little list of the worst dating mistakes that men make and how you can avoid them. They are as follows:

*Staring or ogling at a woman, or following her across the room. Guys, this borders on stalking and is extremely creepy. A little eye contact is okay if done with confidence, but be careful not to stare for too long and be sure to smile.
*If you want to say hello, then say hello. Don’t stare a woman down half the night and then try to approach her. She’ll likely run away or spray you with a can of mace or zap you with a stun gun.
*Not calling her by her name. If you expect to get a positive response from “babe,” “chick,” or “broad,” you might be dating in the wrong generation. These terms are considered degrading and repulsive to most women and will only turn her off and make her think you’re a jerk. So don’t use them. Instead, find out her name and use it often—and by all means, pronounce it right. Nothing is more annoying than having someone mispronounce a name.
*Spending the whole conversation staring at her breasts. You should look a woman in the eye while you are talking. She will notice if you don’t. On the same note, do not compliment her explicitly on her body parts. Treating her like an object will turn her off quickly and make her think you are a jerk. Instead, concentrate on looking into her eyes and getting to know her as a real person.
*Controlling every aspect of the date. This is a serious dating DON’T! If she wants to order for herself, open the door for herself, or even pay for herself, let her. Although women like to feel pampered, they certainly don’t want to feel overpowered. By allowing her to express independence, she will be impressed that you do not feel threatened by her liberty. The key, though, is to follow her lead.
*Being too sexually aggressive. Don’t act like you want to jump her bones before you even know her name. Acting like your only reason for being with her is getting into her pants is not going to get you the girl. Instead, it will get you a very bad reputation and set you up for another dateless night.

*Spending all your time checking out other women while you’re talking to her. Trust me, she will notice, and she definitely won’t like it. If you truly want to impress her and attract her to you, then you must focus all your attention on her. Treat her as if she is the only woman on the planet. Treat her like a lady, a lady that you are sincerely interested in getting to know.
*Bringing up your romantic history too quickly. Don’t brag about what a great lover you were to your last girlfriend or spend time telling stories about your old girlfriend or other dates you’ve been on. No woman wants to spend a date hearing about your ex. Instead, concentrate on getting to know her. If the conversation turns to your ex, then simply say that things didn’t work out and move on.
*Talking about questionable things that you do. Refrain from bragging about using drugs or participating in other illegal activities.
*Don’t talk about how much you can drink, the drunkest you’ve ever been, how loud you can fart, how far you can spit, or the stupidest thing you’ve ever done. This is not the way to impress a woman. Instead, concentrate on your positive attributes.
*Acting self-absorbed. Don’t talk constantly about yourself, and do not divulge too much about yourself all at once. Leave a little mystery and intrigue.
*Be honest about what you can do and ask your woman questions about herself. Let her get to know you slowly.
*Looking, feeling or acting desperate. Being desperate or needy is definitely a turn-off—women hate needy guys. Instead, be confident and assured. This will help you get more dates than acting desperate or needy.
*Poor hygiene. This should be a given, but it is so important that I had better mention it anyway. If your breath stinks, your clothes are unclean, or you smell like yesterday’s garbage, she’s going to be turned off. On the same note, if you’ve eaten something that makes your breath offensive, do yourself a favor and chew some gum or pop a peppermint before you approach her.
*Talking about sensitive issues. Avoid untactful conversation topics such as death, politics, and religion in the early stages of dating. These topics are controversial, and it’s best to keep conversation light in the beginning. Otherwise you may turn her off before you’ve even gotten the chance to turn her on.

Acting possessive or domineering. Women hate these traits in a man. Although they like feeling protected and cared for, they don’t want to feel as if their mate doesn’t trust them or wants to run the show.

MORE THINGS TO AVOID ON A DATE
Remember that you should always treat your date like a person and respect her and work hard to avoid being rude and impolite. Try to imagine how she might feel if you were in her shoes, then do the right thing.

Don’t talk on your cell phone while you’re talking to someone in person. It’s just not polite and sends the message that you are distracted. Keep your phone on silent or vibrate and check it discretely if you are concerned about missing calls. If you must return a call, excuse yourself and take it somewhere else. Try not to be away too long. Nothing is more annoying to women than feeling as if a man is easily distracted.

Don’t drink to the point of intoxication. You should know what is too much for you. Although it is acceptable to go out and have a few drinks, it is not acceptable to become intoxicated and then approach a woman. Not only will this make her uncomfortable, but it will probably embarrass you, and this is not what you want.

Do not whine or complain or appear needy or selfish. Later into the relationship, you can discuss your wants and needs, but professing all this in the beginning, when you don’t even know her, will send out a very bad impression.

Do not pretend to be what your partner wants. Although this may seem like the way to go, it is much better to be honest at the very beginning. Although it is okay to accentuate the positive, it is never cool to lie. Embellishments are simply bad business and can lead to hurt her feelings and dissatisfaction.

In conclusion, if you memorize the above list of dating mistakes and vow not to make the same mistakes that most men make, you will see results immediately. You’ll find that you have more success with women whom you’re interested in dating. 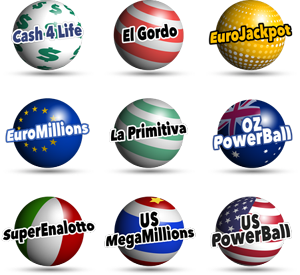